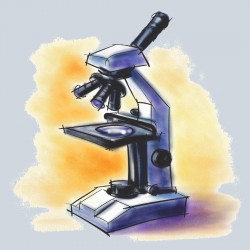 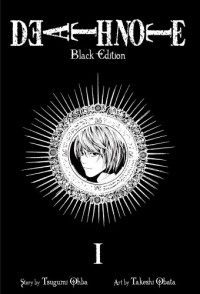 The combination of artwork and scenario, being able to kill a person just by writing their name in a notebook, should have made for a really interesting story, but certain aspects of the writing kept me from really falling in love with this.

There was a lot of repetition in this short volume. There are several rules for the Death Note and they are constantly repeated throughout the story, it got old real quick. I also didn't like how quickly everything unfolded. Light receives the Death Note and a few pages later he's killing people left and right. There's no moment where he really doubts what he's doing or a slow slide into him becoming somebody who wishes to rule over everybody. It's like he woke up one day and decided to be evil. Interpol and L caught on too quickly to what was going on and L's discovery of the way Light was killing everybody, felt too much like the author was giving him the answers. The entire story felt a little rushed and unpolished because of this. Despite this, I did enjoy it and look forward to reading the rest of the series.